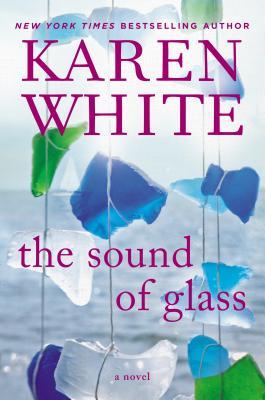 The Sound of Glass by Karen White

In The Sound of Glass, young widow Merritt Heyward inherits the childhood home of her dead husband, Cal. Merritt abandons her life in Maine to move to Beaufort, SC, where she hopes to learn more about the husband she lost. Before she can even move into her new home, her step-mother and the half-brother she’s never met show up, complicating Merritt’s life even further. Together, they begin to unravel Cal’s past and learn to be a family again.

It’s hard to pick out one favorite thing about The Sound of Glass. I truly loved everything about it. The narration moved smoothly between the three narrators: Merritt, Loralee and Edith. The combination of the plane mystery and the family relationships made the novel fast paced and hard to put down.

Although, I do have to admit I had a favorite character. I adored Loralee and her Journal of Truths entries. Her wisdom was refreshing. I also liked that she saw the best parts of Merritt and wanted more for her. I was inspired by how Loralee dealt with the hand she was given in life and how she was raising her son, Owen.

Merrit was a character I had a love/hate relationship with. Just when I would be annoyed with her actions and start to dislike her, she would explain herself or Loralee would think of something her husband had told her about Merritt and I would like her again. Seeing her growth throughout the entire novel was very fulfilling.

Edith’s glimpses of the past really shaped how I saw not just Heyward family, but Cal and Merritt’s relationship as well. I liked how her perspective helped tie the whole story together.

The only thing more that I wanted out of Karen White was a chance to hear a part of the story through Gibbes’ POV. There must have been so much running through his mind! He was such a cool character.

The Sound of Glass is one of the best books I’ve read so far this year. That doesn’t surprise me, as I always love anything Karen White writes. She truly knows how to mix mystery, romance, family and the Southern landscape into beautifully heartbreaking and fulfilling tales. I would highly recommend any of her novels.

0 thoughts on “The Sound of Glass”