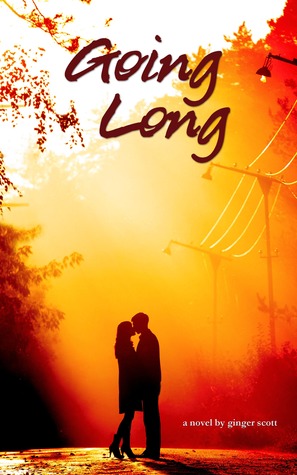 High school sweethearts Reed and Nolan have been through many ups and downs in their relationship. College is no different — especially when they’re at schools two hours apart. Can Reed and Nolan make their love last? Or will football, school or misunderstandings ruin any chance they have of happily ever after?

I had to jump right into Going Long the minute I finished Waiting on the Sidelines. I couldn’t help myself. I was curious to see where Reed and Nolan’s relationship was going next. They had been through so many ups and downs.

From the start, Going Long had me on pins and needles. Even though things started out happy enough, I was worried for Reed and Nolan. I knew it was only so long before something drove a wedge between them.

I was totally right, too. Going Long was filled was just as much drama as Waiting on the Sidelines. It was heartbreaking and heartwarming at the same time. That probably sounds impossible, but it’s the only way I can think of to describe it.

It sucked watching Nolan’s insecurities get the best of her. I understood, but her strength in Waiting on the Sidelines was something I really admired. I was sad things were harder for her this time around. Reed, though — Reed made me love him. I wasn’t so sure I liked him after the first book, but he definitely redeemed himself in my eyes in this one.

Going Long was an outstanding coming of age romance. I would highly suggest this series and any of Ginger Scott’s books. She’s quickly becoming one of my go-to authors.