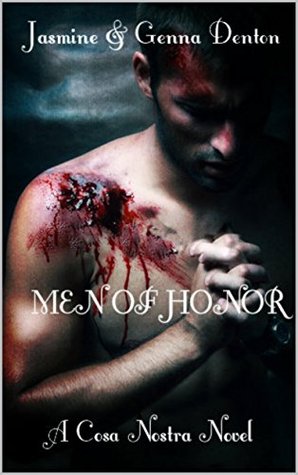 Trey DeLuca has it all. Heir to the dynasty his father, a notorious mob boss has built, he’s ruthless and determined to step into his father’s shoes. Until someone threatens to ruin it all…

Vincent Marcano walked away from his own life of crime five years ago. Now he’s back and wants in on Trey’s crew. Trey has no reason to trust Vincent—he’s from a rival family and has proved to be a traitor in the past, but the boss allows Vincent to join the team in spite of Trey’s protests. But Vincent’s keeping a lot of secrets…about where he’s been, why he’s back, and the fact that he’s in love with Trey’s younger sister, Bela. Desperate to prove his loyalty to Trey, Vincent plays a dangerous game of cat and mouse that threatens to expose his relationship with Bela and the truth about his past.

And the only girl who could come between them…

The daughter of a mob boss, Bela has grown up to hate organized crime, but she loves Vincent enough to overlook his decision to join her brother’s gang. His mission will test her beliefs, strain their relationship and turn her world inside out. As Vincent becomes more embroiled in the mob’s dark world, the threat of exposure heightens. Can Bela continue to be with Vincent, knowing her love could sign his death sentence?

Disclaimer: Men of Honor is a new adult romance, not intended for readers under the age of eighteen. This story contains graphic violence and sexual situations that may be uncomfortable for some readers. Reader discretion is advised.

Men of Honor revolves around the DeLuca mob family. Trey DeLuca is heir to the throne and is doing everything in his power to prove he’s up to the job. He’s cruel and calculating. His one weakness is Mandi, the stripper he can’t stay away from. He’ll do anything to keep her safe, even if it jeopardized his place in the family.

Trey isn’t the only young DeLuca fighting for his place in the family.  Nineteen-year-old Bela DeLuca wants to escape her family destiny. She’s been kept safe and out of the family business her entire life, but a chance encounter with her family’s arch nemesis has changed all that. Bela has fallen in love with Vincent Marcano. She hopes he is chance to break from the control her father and brother have on her life.

Vincent Marcano left his mob life just when he was set to take over. He wants to be free from the violence of the lifestyle, but it’s hard with a bounty on his head. Things got even tougher when he fell for the enemy. Now, Vincent has been forced to join forces with his enemy to try to free himself and Bela from the life they hate.

Men of Honor was a fast-paced, intense ride. The authors weaved a tale that was constantly changing and surprising me. I loved reading the story from the four different points of view (Trey, Mandi, Vincent and Bela). Their individual voices gave the story more depth and it was fun to find out the different secrets they were each keeping.

One thing that bothered me a little while reading Men of Honor was the amount of violence. I understood its inclusion since this a story about the mob, but it was tough for me to read at times. Another thing that threw me off was the ending. It felt like an odd place to end book one. I was expecting more of a cliffhanger.

Readers who enjoy mob romances with a ton of action and suspense will love Men of Honor. I’m really looking forward to reading book two, Code of Silence, to find out what happens next!

**I received an electronic copy of Men of Honor from the author in exchange for an honest review.