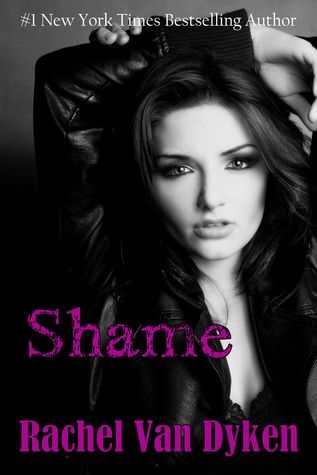 Everything done in darkness will eventually be brought into the light. I ran, but all it did was keep me one step ahead of my past. I tried to start over; new name, new identity. But you can’t change your soul. A fresh start at college was just what I needed. For a while, it worked. I was the party girl, the one who seemed confident, but it was a lie. When guys kissed me – I felt only pain. When they touched me – nothing but fear. Deep inside, every girl wants to be the beauty in the story, to find someone who will see you as their world. But the truth? I was the beast. And as much as I wanted redemption, I wasn’t fool enough to think I’d ever get it.

Until he walked into my life. I wasn’t prepared to fall for someone. My scars were too deep, the wounds too raw. But he offered me peace, he offered me security. I should have known it was just another lie – I should have known that falling in love with my professor was a bad idea. But I was powerless to stop myself from falling. And he was powerless to catch me. Because the darkness finally caught up to me, and as fate would have it, a cruel twist almost bled me dry. But I’m stronger than I knew. I’m stronger than you think. You think you know my story, but you don’t – after all everyone has Shame in their lives – and I’m no longer afraid to show you mine.

Wow. Shame was freakin’ crazy. After reading Toxic, the second book in the Ruin series, I knew there was more to party girl Lisa than met the eye. She had a hidden past that I was looking forward to exploring. What I wasn’t expecting was the crazy ride Shame took me on. I feel like I can’t even really tell you much about the book because I would be giving too much away. It’s definitely a book you have to read for yourself.

In Shame, Lisa is trying to out run her past. It’s a past filled with pain and hurt — both her own and that which she caused others. Lisa’s created a new, better version of herself and she’s doing everything she can to make a brighter future at the UW.

Sophomore year of college isn’t starting out very well for Lisa, though. Her past has come back to haunt her through anonymous letters in her mailbox. Lisa’s starting to get scared. Her new psychology professor isn’t helping either. He may be hot as hell, but he seems to have a grudge against Lisa. One minute, Lisa thinks there might be something between them. The next, he’s insulting her. The stress of it all is almost too much to handle.

Student/teacher relationships are one of my least favorite relationship tropes, but it didn’t really bother me in this book. While I was a little worried about Lisa and Tristan getting caught and in trouble, I could also see where the story was going. That helped make their relationship more enjoyable to read.

I loved Lisa’s character. She was just as complex as the storyline. Her past was so interesting. I loved reading about it through Taylor’s journal entries.

Tristan won’t be making my book boyfriend list. I had a love/hate relationship with him, but that’s okay. His character and role made him perfect for Lisa.

The real gem in this story for me was Taylor, or more accurately, his journals. He was such an interesting and dark character! He created some twists and turns I didn’t see coming. His part in the story made this more a thriller than a romance.

Shame was a really cool book. It wasn’t what I expected at all and I loved that. I think other readers will, too.

I would highly suggest reading the first two books in the Ruin series prior to reading Shame, as the stories build upon each other. I would recommend the entire series to New Adult readers. I’ve truly enjoyed reading them.

One thought on “Review: Shame by Rachel Van Dyken”