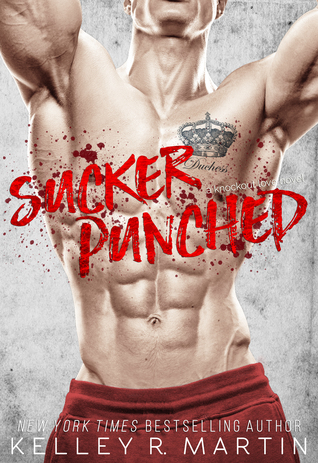 “Macy Dunham” is synonymous with “off-limits.” Not only is she practically a virgin, but she’s a walking, talking angel who’s way too good for a devil like me. She’s straight-up beautiful, and so far out of my league I want to cry. Did I mention she’s also the godmother to my future niece or nephew?

Now I have to play nice with “Aunt Macy” for the next 18 years. There’s just one tiny problem—the first night I met her, I played with her a little too nice.

Do you have any idea how hard it is to pretend like I don’t know how soft her skin feels, how good her lips taste, or how perfect it feels inside her? It’s torture. I’d give my left nut for another chance to sink inside Macy, but I can’t afford to mess this up and that’s exactly what would happen.

It’s too bad “Blake Whitmore” is synonymous with “screw-up.” Macy’s a sweet girl who deserves an epic love story. She deserves romance, and a knight in shining armor who slays dragons. I’m not the knight in this story.

I’ve been waiting for Sucker Punched for what feels like a very long time. I fell in love with Kelley R. Martin’s writing and characters in Down and Out, and I couldn’t wait to read more of her work. Sucker Punched takes us back to the world of Down and Out. This time Declan’s brother and Savannah’s best friend get the chance to fall in love. Some of the story overlaps the same time period as the first book and, although Sucker Punched is a standalone novel, I would recommend reading Down and Out first for the back story.

Sucker Punched was an intense forbidden love story. Blake and Macy’s relationship was just as complicated as Declan and Savannah’s. It started out based on their intense sexual chemistry, but quickly became more than just sex. There was a deep emotional connection between them that I loved. They were constantly fighting their feelings for each other and trying to keep their desires hidden. There were so many obstacles for them to overcome in this story. The dual points of view made it easy to empathize with each of them  — even when it made me uncomfortable.

Normally, I try to post spoiler free reviews. I tried to keep this review as spoiler free as possible, but I do feel the need to warn sensitive readers of something. If you don’t want to know, don’t read the rest of this paragraph!!! *TRIGGER WARNING SPOILER** Sucker Punched does include intimate scenes where the hero is involved with other women. If you can’t handle that, you will want to skip this book.Some of Blake’s actions were really hard to read. There are people who aren’t going to be able to stomach the other women in this story. *END SPOILER*

Sucker Punched was a highly emotional read. Blake and Macy’s road to happy-ever-after wasn’t always fun, but their story fit them perfectly. I enjoyed getting to know them better and seeing their characters grow. I would recommend this book to readers who have loved the Knockout Love series from the beginning.