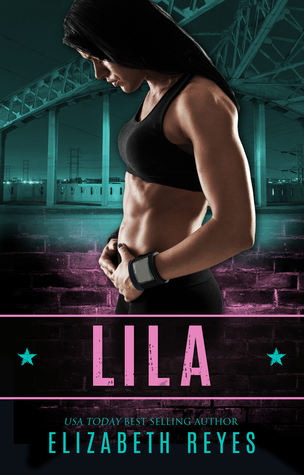 Adrift in a foul-mouthed world of ass kicking to survive life on the tough streets of Boyle Heights, Lila is anything but a refined girlie girl. Fighting tooth and nail for those she loves has left her with a chip on her shoulder as big as the gloves on her fists.

After years of being surrounded by glamorous glitzy women, Sonny didn’t even realize how much he’s yearned for someone of real substance. So, when he meets the unapologetic, sexy-as-hell Lila, her in-your-face candor awakens something in him he’s never felt before.

Despite Lila’s suspicions about Sonny’s intentions, the two begin a seemingly innocent, yet deliciously dangerous, online flirtation as his business keeps him away a lot.

The more their rapidly growing connection intensifies, the more Lila feels Sonny is too perfect to be true. But when she’s blindsided by the truth about who Sonny really is . . .

The first in my new series “Boyle Heights.” A spin-off of 5th Street. Will feature character crossings from other series’. Stay tuned to find out who Lila’s love interest will be. 😉

Elizabeth Reyes was one of the first new adult authors I fell in love with. Her stories are filled with a diverse group of characters who are all mentally tough and willing to fight for what they believe in. I always appreciate the little connections she weaves in between her series, and the incredibly alpha males she creates.

Lila is a sports romance with a little romantic suspense woven in. It’s told in dual points of view. Lila is a badass fighter just trying to get by. Sonny is the guy who sees past her tough exterior to the woman she really is. I have to warn readers, Lila and Sonny kind of have an insta-love thing going on. That didn’t bug me, though. Their relationship might appear a little rushed, but it felt natural. I can see a lot of relationships being formed the way Lila and Sonny’s was with technology being what it is these days.

Lila was one tough chick. I loved how fierce she was and how she stood up for those she cared about. Her determination was amazing. I also liked that she was the fighter in this one. What I loved even more about her was her ability to get a little soft when it came to Sonny. It made her seem like a real human with insecurities like the rest of us.

Sonny was a surprise. I won’t give away who he is or how he’s connected to Reyes’ other books, but fans of hers are going to freak when they figure out who he is! I did. It made me happy that Sonny finally got the girl. He was a lot sweeter than I remembered him, but maybe that’s because he found his perfect match in Lila.

Sonny isn’t the only character making an appearance from Reyes’ series. The entire cast of the 5th Street novels are involved in this story because Lila trains in their gym. It was fun to see some favorites again. I’m hoping more of her characters will continue to pop up in the Boyle Heights series.

The only thing that kept me from giving Lila 5 stars was the ending. Things got a little crazy, and it wasn’t what I was hoping for the story. I did like the character growth shown by Lila. I just didn’t like how she was able to prove herself. I also felt things were sped through at the end with Lila and Sonny. I didn’t feel their relationship got the focus it should have at the end. Instead, the time was spent on Lila’s sister Ali and setting up the next book — which I can tell is going to be suspenseful! I liked the little preview, but would have liked more Lila and Sonny time.

That being said, I still really enjoyed Lila. I loved that Elizabeth Reyes created a character like Lila, who was both physically and mentally tough, and also gave her a soft side. It showed off her talent as a writer. I’m looking forward to finding out what’s up next in the series.