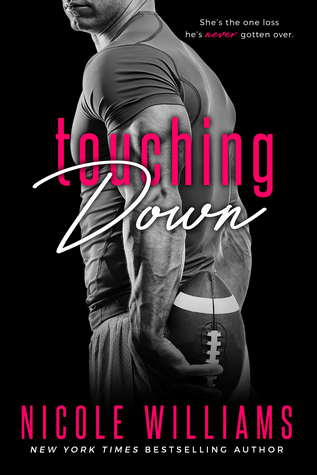 The whole world might be in love with him. But all he’s ever loved is her.

Grant Turner’s name is synonymous with football. The fans and media can’t get enough of the player known as The Invincible Man, a nickname he earned while growing up in one of the toughest neighborhoods in the country and the nickname he’s kept by being one of the best players in professional football today. No one can take him down. He’s unstoppable.

But even a suit of armor has its weak point, and Grant’s has always been Ryan Hale.

They were a couple of kids when they fell in love, and just when it looked like the happy ending neither expected was within reach, Ryan disappeared. No explanations. No good-byes.

Grant coped by throwing himself into the game for seven years, and he’s finally moved on. Or so he thinks.

When she walks back into his life, all of those feelings come crashing back, despite the warnings in his head that tell him she’ll leave him again. Grant can withstand the league’s toughest defensive line, but he’s always been weak where she’s concerned.

No man can take Grant Turner down.

But one woman certainly can.

This is the first novel I’ve read by Nicole Williams and I enjoyed her writing. She created interesting, flawed characters. I loved Ryan and Grant’s special connection. Ryan’s point of view was emotion packed and interesting. I would have loved Touching Down to have been in dual point of view because I think it would have been amazing to know what was going on in Grant’s head the entire time. They were both such complex characters. I would have also loved more look backs at their time together as teens.

Ryan Hale knew what she was getting herself into when she returned to her hometown after disappearing from her friends’ lives years ago. I didn’t blame her for the choices she made when her reasoning was explained. Her decisions weren’t perfect, but her strength, determination and care for Grant was. I did think she was a little selfish waiting seven years to see Grant again.

Grant Turner was the ideal man. He was successful, sweet and made choices not very many other men would. I was impressed with how he treated Ryan and his ability to let go of the past. I loved him.

I feel like my 3.5 star rating doesn’t tell you how much I actually enjoyed reading Touching Down. I was deeply touched by Ryan and her predicament. (I may have been close to tears a couple of times while reading.) I adored the way she reconnected with Grant, and how he wanted to take care of her. They were a sweet couple. I just couldn’t give Touching Down a higher rating because I felt like there was a big part missing from it. It ended so abruptly. I would have liked more of the current time frame before the huge jump to the epilogue.

Overall, Touching Down was a great read. There was so much emotion woven into this sports romance, and I loved that. Readers who enjoy a fast-paced second chance at love story will enjoy this book.