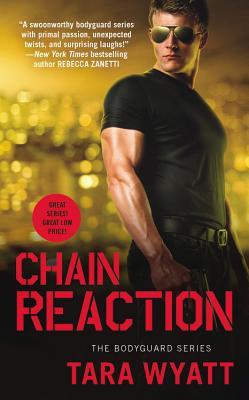 Blonde. Beautiful. Talented. Alexa Fairfax is practically Hollywood royalty. But growing up in a family of legendary movie stars also puts her in the spotlight for danger. And after she discovers a plot more deadly than any movie script, Alexa desperately needs a bodyguard. A man like Zack De Luca. A true friend with a good heart, a protective nature-and the hard, chiseled muscles to back it up.

Zack has always been wildly attracted to Alexa. But since he’s training day and night to be an MMA fighter, he’s afraid his gorgeous friend will only distract him from his goal. Indescribably sweet and irresistibly sexy, Alexa needs Zack to pretend to be her boyfriend after her life is threatened. Now this fighter-in-training will have to fight his own intense feelings-to keep their little charade from turning into a major disaster . . .

Rating: ★ ★ ★ ★ ☆
Note: I received an ARC from the publisher via NetGalley in exchange for an unbiased review.

Romantic suspense is one of those tricky genres for me. I either find myself deeply involved in the storyline or completely bored with it. In the case of Chain Reaction, it was deeply involved.

Tara Wyatt’s writing quickly pulled me into the story. It was fast-paced and moved the story along quickly. Nothing was too drawn out or boring. The story contained just the right amount of suspense, and was entertaining. I found myself easily connecting to the characters.

Alexa and Zach were so adorable! I loved how the author set up their back story. It turned what could have felt like insta-love into a believable romance. They way they tried to avoid a romantic relationship but couldn’t was cute. And once they acted on their feelings for each other — dang! The story took a super steamy turn. The last third of the book was over the top sexy times. I loved it!

The only slight issue I had with Chain Reaction was that it was written in third person dual points of view. This isn’t my favorite style of narration, but it worked for the most part in this story. The only problem I had with it was at the beginning when Zack is introduced. His character is presented in the middle of a party and his name kind of got lost in the mix of other male characters to me. It took me a while to remember who he was. That could be related to the fact I hadn’t read the previous two books in the series and had no idea who all of the other characters I was being quickly introduced to were. Had the story been told in first person, it might have been easier for me to navigate.

Overall, Chain Reaction was a great romantic suspense novel. It kept my attention the entire time, and had me invested in the characters’ lives. I highly recommend it to readers who like a series with interconnected characters.

Tara Wyatt has been making up love stories ever since she fell head over heels for the Backstreet Boys almost twenty years ago. Winner of the Unpublished Winter Rose Award, Linda Howard Award of Excellence and the Heart of the West Award, Tara lives in Hamilton, Ontario with the cutest dog in the world and a husband that makes all of her heroes look like chumps.