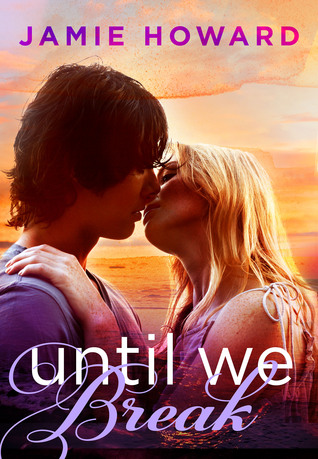 When Sloane Avery stops to help a stranded driver, she finds more than a broken down car on the side of the road. Luke Evans is faster and sexier than her Maserati, but with her heart still on the mend, she’s not interested in taking him for a test drive. Despite their initial disdain for each other, emotion and passion simmer, complicating their fragile friendship. But when a tragic loss and devastating betrayal send them spiraling, their growing love isn’t enough to save them.

That was five years ago, practically a different lifetime and definitely a different Sloane. Before she’s been hardened by booze, sex, and as much distance as she could get from the past. Now, called home on a family emergency, she’s determined to hold onto her heart the next time she sees Luke.

Except Sloane’s not the only one who’s changed. Luke’s turned his life around. Only the reappearance of Sloane and the reminder of his biggest mistake can put a dent in his plans. Luke is set on fixing what he’s broken. But with her emotions boiling to the surface, Sloane needs to decide if falling in love is life’s greatest gift or its cruelest joke.

Until We Break introduces us to Luke and Sloane. Luke is a playboy trying to avoid the tough things in life. Sloane is a sweet young woman trying to move on from a bad break up. Luke and Sloane start out as enemies, but slowly turn into friends. Just when their friendship might be turning into more, a tragedy strikes that drives them apart. It changes both Luke and Sloan. It’s not until five years later that they will face the past and each other.

Until We Break was a little bit of a shock to my brain. I can’t think of a good way to describe it. It’s written in first person dual point of view, and starts out when Sloane and Luke are in their late teens. I loved this first part of the book. It had its drama thanks to Luke’s playboy ways, but it was building to a sweet romance. Then that dang tragedy hit. (I was heartbroken.) Everything blew up between Sloane and Luke. That’s when it switches to part two of the story, five years in the future. I liked the angst between Luke and Sloane in this part of the story, but I didn’t love Sloane’s actions.

Five years from now Sloane was not an easy person to like. She was purposefully written that way, which I understand, but I still couldn’t help cringing. I kept thinking all she had to do was talk to everyone and her life could have been so much simpler. I wanted her to return to that sweet young woman she was.

Despite being a playboy in the beginning, I loved Luke. Reading about his wild ways wasn’t always easy when I knew he should be with Sloane, but I guess everyone has a past. Luke was a great guy underneath it all, and that’s truly what mattered. I did feel bad about his situation with Haley, but I liked what it added to the story.

This book was so messy — but I mean that in a good way. It was way more complex than I was expecting. I’m still trying to wrap my head around the different emotions it made me feel. I kind of want another book in this series. I need a Sloane and Luke wrap up book that takes place after Until It’s Right so I can get more of the current Luke and Sloane’s relationship.

4 thoughts on “Review: Until We Break by Jamie Howard”