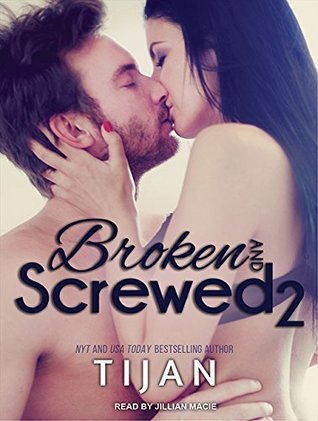 Alexandra is pissed about her parents abandoning her. She’s beyond pissed that her friends did the same. She’s enraged because things are unclear about her brother’s death now. So her first stop is at Jesse’s house to demand answers. She wants to know why her brother was friends with the criminal crowd before he died and she knows he holds the answers. But when she sees him, she doesn’t get the answers she expected. Instead, she finds out that their chemistry never faded and soon heats up again! Some habits die hard. Soon Jesse and Alex are back to their ways of sneaking around. He’s a near-celebrity at school and she doesn’t want to deal with the backlash of being his girlfriend. Alex is tired of being hurt so she’s learned the lesson not to confide and lean on others. However, she can’t seem to help herself when it comes to Jesse Hunt. The big question isn’t if she will survive if their relationship goes public, it’s if she will survive when the real truths about her family and brother come out? Or when she learns that Jesse knows more than what he’s told her?

I am officially obsessed with Tijan’s writing. I couldn’t stop listening to this audio book. I found excuses to drive places, stuff to clean, and listened to it instead of music at the gym. I was beyond addicted. Broken and Screwed 2 took over my life.

Broken and Screwed 2 continued Alex’s heartbreaking tale of abandonment. She’s slowly lost everyone she’s ever cared about. She’s bitter, but she’s also ready to move on and start a new life. Alex is going to college. The same college as Jesse. And he’s going to give her the answers she needs about her brother’s death.

Only things aren’t that simple. Alex quickly falls back into her sexual relationship with Jesse, but insists on keeping it a secret. She wants to blend in at college and being seen with THE Jesse Hunt won’t help. Plus, Jesse’s still not giving Alex the answers she needs.

Being in Alex’s head was a little easier in this book than the first one. She still had all of her negative thoughts and pain, but she also made some great discoveries. I liked her more than I did in the first book. I still wanted to throttle her at times for stupid decisions she made, but I liked the growth she went through.

Jesse really redeemed himself in this book. Getting to read more of him, and see him around Alex more made it easier to imagine what he was thinking. I still would have loved his point of view, but I loved the mystery not having it gave Jesse and what he was hiding. I was surprised at what an amazing guy Jesse really was.

Luckily, Angie and Marissa weren’t around much in book 2. Their scenes were minimal, but they played a huge part in the story. I liked that they weren’t around much. Alex made some new college friends who she could be herself around. Beth and Hannah weren’t as annoying, and they added some interesting drama. Plus, there were all of Jesse’s roommates and their girlfriends. I adored those characters. They made the story so much fun. I was especially surprised to find myself liking Chord. I seriously fell in love with that jerk in this book. He was so good to Alex and also to Jesse. Chord needs his own book.

Broken and Screwed 2 was even better than the first book. I loved the college scene and all the life events Alex went through. Tijan knew exactly when to throw in the twists and turns to keep the story going. I was pleasantly surprised how the mystery surrounding Ethan’s death played out.

I’m happy I chose to read Broken and Screwed 2, even though Broken and Screwed left me feeling completely unhinged. I needed this book for Alex and for myself. I highly recommend this series to anyone who likes an angst filled new adult romance. It’s well written and highly addictive.

Now, what Tijan book can I get my hands on next…

4 thoughts on “Review: Broken and Screwed 2 by Tijan”