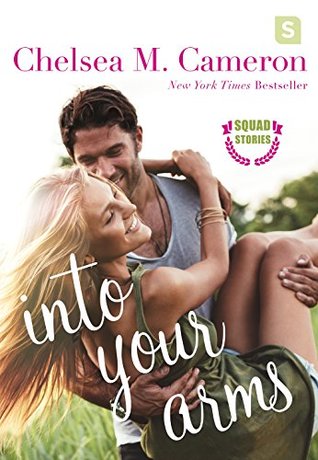 Freya has secrets she doesn’t intend to share. Not with her new friends on the cheerleading squad at Maine State University, and certainly not with sexy lumberjack-look-alike Rhett. Just because sparks flew between them at a bar one night doesn’t mean he gets to know why she transferred to MSU. When Freya dares Rhett to come to cheerleading practice, she never expects to see the dark-haired lumberjack again.

Except Rhett is the last person to turn down a dare, especially when it comes from a pixie-sized blonde. When Rhett wows the squad and becomes Freya’s stunt partner, his hands come far too close for comfort. But as Freya and Rhett’s hot post-practice sessions bring them closer, she risks her secrets being revealed. Can Freya chance exposing who she really is to the guy who wasn’t supposed to win her heart?

I wanted to love Into Your Arms. I really did. It was just so boring, and I couldn’t stand Freya. By 40% into the book, I found myself skimming. I wanted to DNF it, but I thought maybe the end would make up for the slow paced middle. It didn’t. The reason I couldn’t stand Freya was because she of her self-talk about Rhett. She wanted him, but she knew she shouldn’t. There wasn’t anything wrong with him, so I’m not sure why that had to take up so much of her inner monologue. If there was anything wrong with Rhett, it was how into her he was or his weird nickname for her. I do have to give credit to the author for positively spotlighting cheerleading as a sport, and making Rhett cute with his love for kids. 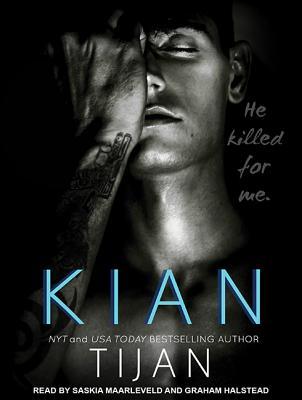 Dark. Mysterious. Gorgeous. Loved by all the girls. Respected by all the guys. As the heir to a billion-dollar empire, Kian Maston’s future was promising until the day he saved my life. Everything changed for both of us, and there was one more word that could be used to describe him-dangerous. The nation fell in love with Kian while falling in hate with me. He was sent to prison, and as far as they were concerned, it was my fault. I was forced to go into hiding until today. Kian’s being released from prison, and he should go back to being the golden boy he always was supposed to be. I should remain in hiding, living my life as normal as could be. That’s what we should do . . .Contains mature themes.

After finishing the Broken and Screwed series, I knew I wanted to read/listen to more of Tijan’s books. Kian was a well written story, but it was missing some of the things that pulled me into that first series.

First, I didn’t connect as well with the characters. Jo’s life was interesting, but her thoughts could be a little redundant at times. I liked Kian’s POV, but I felt like I got the bare minimum of his thoughts. I wanted more.  Second, there was the matter of their instant love for each other. They knew of each other for years, but didn’t truly know each other. It only took days for them to say they were in love. Finally, there was the pace. It was slow in the beginning, fast in the middle, and then slow again toward the end. I loved the middle part when everything was happening. It’s too bad the whole book didn’t keep that pace.

Overall, Kian was a good book to listen to. The story behind Kian and Jo’s past and how it led to their future was really interesting. 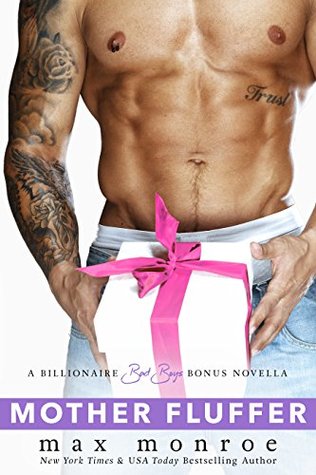 Question: What would you do if you lost your best friend’s horse?

Relax. This is purely hypothetical.

But, seriously, what would you do?

It’s an easy Sunday at home while your wife’s at work, and you look away for two minutes to make lunch for a couple of demanding toddlers. Somehow, by magical mist or advanced parkour, the monster is gone.

Okay, fine. It’s not hypothetical.
The guy off of work is me, Thatcher Kelly, and the horse I lost is actually Kline’s ginormous dog.

But I still have his kids and demon cat, along with my own child and pig. I’m practically batting .667 at this point, and that’s a pretty good average. Right?

Or one short jump from the devil’s number.

Please let Max Monroe continue to write additions to this series. I cannot get enough of the Billionaire Bad Boys gang. They’re so hilarious — especially Cassie and Thatch. This novella had me laughing out loud and fanning myself from beginning to end. If you’re a fan of the series, you’re not going to want to miss this book. If you haven’t read this sexy series yet, start now with Tapping the Billionaire. You won’t regret it!