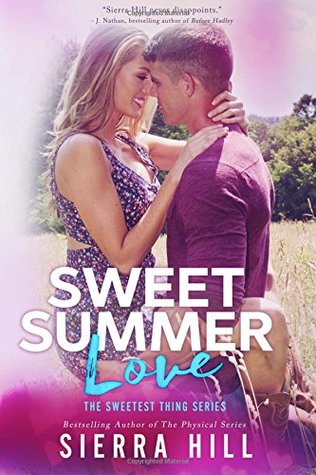 Logan Everyone’s had a summer crush. One that’s etched into your memories so hard that it leaves an indelible mark, like a scar on your heart. For me, that crush is my first love, Carver Edwards. I met him at fifteen at summer camp, and for three perfect summers, he was mine. Until the blazing heat of the summer sun faded and reality crashed in. Carver went off to college, leaving me trapped in my small farming town, with no way of reaching him and a problem I needed solving. Carver As the senior captain of my college basketball team, all I’ve been focused on the past four years has been playing, school, getting drafted in the NBA, and steering clear of relationships. I didn’t want them. I had nothing to give another girl. I’d given it already. So, I built my rep as a player, and honed my natural ability to charm the pants off girls. It’s what I did. Who I was. Who I am. Until March, when a lay-up during a tournament landed me in an emergency room, under the care of Logan Shaw – my first love. Of all the people I could run into, why did it have to be her? Not only did my face get split wide open, but so did the locks that held the pain I’d attempted to bury for so many years. Now that she’s back in my life, we must face the truth and the consequences of our actions – even if it could destroy us. We must uncover the truths that have kept us shackled from moving forward. That could possibly set us free.

A rating was really hard for me to come up with for this book. It’s the first book I’ve read by Sierra Hill, and I actually loved reading it. The writing was really good, and I immediately fell in love with the characters. Logan and Carver’s story sucked me in right away starting with the foreshadowing in the prologue. I loved the little bit of mystery behind the history of their relationship and the way Logan and Carver came back into each other’s life. That’s where things get a little sticky for me.

I couldn’t keep some big things from staying in the back of my mind for the rest of the book. First, Logan and Carver’s previous relationship was based off being together at summer camp for two weeks a year for three years. They had no contact in between those summers. I honestly couldn’t understand how they were in love back then. Lust and like I get, but love? I just didn’t think their bond could have been as strong as it was. That leads to the second thing that bugged me. There was a major event that split them apart. Both were harboring some bad feelings from it. It only took one brief conversation for them to get over it and jump back into things. I had a hard time believing they could get over the negative feelings they had been keeping inside for five years in one conversation. All their troubles seemed to easily be fixed.

There was one other thing that threw me off a bit. Graduating college senior Carver was into kink. Like really into it. I mean, I guess I could understand it since he became quite the ladies man in college. Experimentation and all. What surprised me was that it didn’t seem to shock Logan. She hadn’t been with him since she was seventeen, yet she was willing to give him everything and anything. It made for some sweet sex scenes, but I have to admit shaking my head in wonderment a couple of times over how easily Logan was up for it. I think I would have been more questioning.

Despite those things, I really did love Sweet Summer Love. It obviously had some issues for me, but they didn’t stop from my enjoyment. I would still recommend reading it. It was a cute second chance romance. I want to go back and read the first two books now.

One thought on “Review: Sweet Summer Love by Sierra Hill”