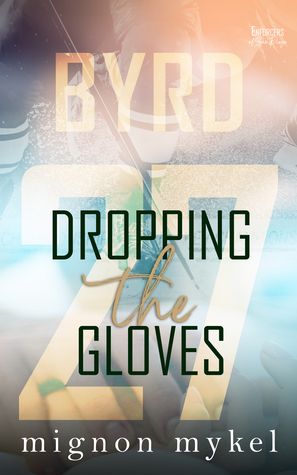 Hockey defenseman, Jordan Byrd, has made some mistakes. Not fighting harder to be in his daughter’s life was one, but the other was thinking that life would be somehow better without his best friend in it. However, as badly as he’d like Marlo back in his life, the last five years showed him a side of her he never imagined possible.

At twenty-two, Marlo Byrd unexpectedly finds herself divorced and raising an infant on her own. Jordan had been her everything—her family and her protector—until one day he decided he wanted out. No calls. No letters. Nothing. She managed to find solace in the team that was once his…until five years later, when Jordan’s traded back.

Back in the Enforcers locker room, Jordan is quickly put in his place—he may have a spot on the team, but his ex has a spot in the “family.”

Everyone has an opinion on what happened between Jordan and Marlo.

Did Jordan leave Marlo, and never look back, wearing the ‘deadbeat dad’ label?
Or did Marlo hold back on Jordan, wanting to hurt him the way he hurt her?

Gloves will be dropped.
Fights will commence.
But who will come out the victor?

Hockey romances are my favorite sports romances. I’m not a huge hockey fan, but the guys in these books make me swoon hardcore. One of my newer favorite hockey romance authors is Mignon Mykel. I enjoy her writing style and the characters she brings to life. I love her Prescott Family series, so I was excited to read 27: Dropping the Gloves, the first book in her new Enforcers of San Diego series.

27: Dropping the Gloves was a harder read for me. It started out in a devastating way and immediately broke my heart. From the prologue, I felt sad for both Jordan and Marlo. In one way, I felt like Jordan might have done the right thing at first. In another, I thought he was an idiot. Then, I got Marlo’s perspective, and things got even more emotional. These two went through some major stuff together and apart. I was so happy they were getting another chance to be together.

While I loved this second chance romance, but I did have some things I wanted from 27: Dropping the Gloves that I didn’t get. It all comes down to the length of this book. I wanted it to be longer. It was only 140 pages long, so more of a novella in length. That didn’t give enough time for Jordan’s grovelling in my opinion. Marlo was quicker to accept Jordan back than I liked. The guy needed to grovel longer and harder. That was really my only complaint about this book.

Overall, I really enjoyed this first look at the Enforcers of San Diego series. I loved the characters, and I’m excited to see what next for the Enforcers players.