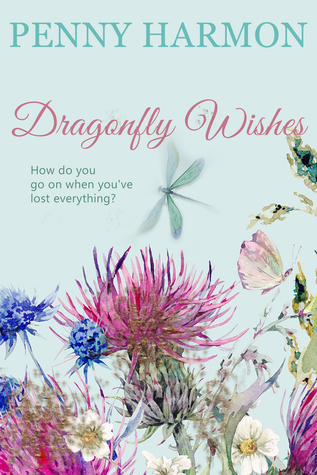 Callie Daniel’s had it all – a handsome and loyal husband – a sweet and loving son. When death comes knocking at the door twice and they are both taken from her, Callie is suddenly struggling to find a reason to continue with her own life.

During an accidental overdose, she discovers that maybe her son is not lost to her forever when she sees a vision and her journey to understand what happens after death takes top priority.

In the middle of Callie’s quest to deal with her grief, she uncovers a secret that she just can’t ignore. These secrets lead her on a journey to understanding more about life than she ever expected to know.

Dragonfly Wishes is the story of woman struggling with the grief and how she begins to overcome it. During treatment of her seven-year old son’s leukemia, Callie tragically loses her husband in a car accident. She pushes through to help her son heal. When her son loses his fight, Callie is sent spiraling into depression. She doesn’t know how to go on until her son Cooper inspires her from the grave. From that moment on, Callie goes on a journey of healing.

This is the first book I’ve read by Penny Harmon and I was impressed. Her story was very emotional and felt like it realistically covered Callie’s stages of grief. I don’t really want to imagine going through losing both my spouse and child, but Penny Harmon made it easy to put myself in Callie’s place. Her pain was my pain. While Dragonfly Wishes was uncomfortable at times, it was also inspirational. It showed there is always hope in the darkest of times.

My only problem with Dragonfly Wishes was the editing of it. This may sound nitpicky, but there were several writing errors throughout the book. They were words that weren’t the right words for the sentence. They popped out at me every time I came across them.

Overall, I really enjoyed Dragonfly Wishes. It was a great story about grief and reclaiming life.