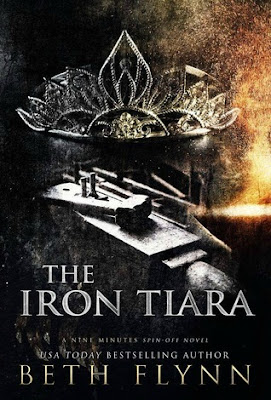 Anthony Bear and Christy Chapman are from two completely different worlds.Anthony’s the leader of a motorcycle gang that terrorizes Florida’s West Coast. As a child, he ran away from his family and the Cherokee Indian Reservation to enter a life of crime. As an adult, he leads a multifaceted life managing his two businesses—his legitimate landscaping venture, and his loan shark and underworld dealings. Driven by anger and betrayal, Anthony begins the hunt for Christy’s father, Van Chapman, after he runs out on a loan.

Christy’s privileged life is not as it seems. She has kept painful family secrets and hidden some of her own. She’s determined to find out the truth and expose Van, but her search delivers her right into Anthony Bear’s hands, adding kidnapping to his list of crimes.
Their worlds are as contrasting as the color of their skin. The only thing they seem to have in common is their mutual disdain for Van Chapman…and each other.

They couldn’t be more wrong.

The Iron Tiara is a spin-off novel from The Minutes Trilogy. It can be read as a standalone, and does not contain a cliffhanger.

Rating: ★ ★ ★ ★ ★
Note: I received an ARC from Social Butterfly PR in exchange for an unbiased review.

The Iron Tiara is one of my most highly anticipated book releases of the summer. I’m a HUGE fan of the Nine Minutes trilogy, and I was so happy that Beth Flynn decided to grace her readers with a spin-off. I could read a book about any of the supporting characters from the original series. They had so much life and personality!

Fans of Nine Minutes will want to know how The Iron Tiara compares to it. The Iron Tiara is a more straight forward story than any of the books in the original series. That doesn’t mean that it’s without its own twists and surprises. There are definitely some of those in store. It reminded me of both Nine Minutes and Out of Time. It started out and ended by jumping around in time and perspective like Out of Time did, but the middle was all continuous story like Nine Minutes.

The majority of The Iron Tiara is told from Anthony and Christy’s points of view. There are a few other points of view strategically placed throughout the book that help explain the plot to the reader. The entire book is written in third person narration that can change from chapter to chapter or sometimes back and forth within a chapter. The latter was a little weird at first, but it gave me the feel of knowing what each character was thinking during a conversation or event. I ended up appreciating it.

Anthony and Christy’s story was engrossing. Their lives somewhat paralleled Grizz and Kit’s, and the two couples’ stories intersected at times. I remembered Anthony and Christy from the original series, but this book helped make sense of their roles in Nine Minutes. It also made me fall in love with them. Their story was just as interesting and eye-opening. I never thought I would fall for another character like Grizz, but Beth Flynn had me shamefully falling for Anthony Bear.

Overall, I loved The Iron Tiara. I loved the characters. I loved the twisted story line. I loved being back in the world of Nine Minutes. Like I said before, I would read a book about any of the characters from that series and now this book. I’m invested, so I’m crossing my fingers for more spin-offs and more pieces of the puzzle.

I know this review doesn’t really tell you anything about Anthony and Christy’s relationship, but it’s a book you’re going to have to experience for yourself. I don’t want to ruin the surprises for anyone. 😉 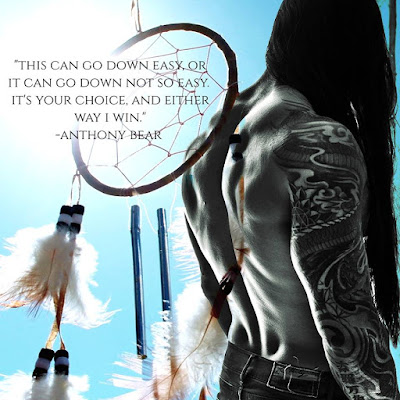 Beth Flynn is a fiction writer who lives and works in Sapphire, North Carolina, deep within the southern Blue Ridge Mountains. Raised in Fort Lauderdale, Florida, Beth and her husband, Jim, have spent the last 19 years in Sapphire, where they own a construction company. They have been married 33 years and have two daughters and a temperamental pit bull named Lady , Beth enjoys writing, reading, gardening, church and motorcycles, especially taking rides on the back of her husband’s Harley. She is a seven-year breast cancer survivor.