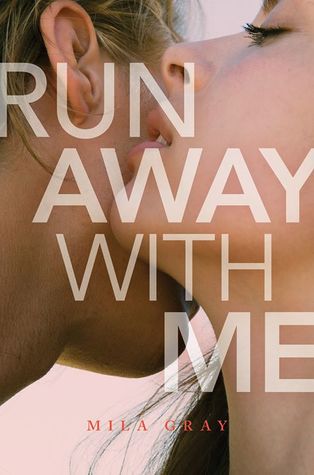 Run Away With Me
Series: Come Back to Me, #3
Author: Mila Gray
Publication Date: November 28, 2017
Publisher: Simon Pulse
Genre: Romance, Contemporary, New Adult
Note: I received an ARC from the publisher via NetGalley in exchange for an unbiased review.

Emerson Lowe and popular ice-hockey player Jake McCallister have been best friends since third grade but just as their friendship starts to morph into something more, a terrible event occurs that heralds the end of innocence for both of them. Within a week, Jake’s living on the other side of the country and Emerson is left alone to pick up the pieces of her life in a small town determined to paint her as a liar.

Seven years on and Emerson is still living on the beautiful Pacific West island of Bainbridge, helping her family run their outdoor adventure company. The last thing she needs is Jake turning up, bringing with him old memories and opening up old wounds. But Jake—even better looking than Emerson remembered and on the cusp of a bright sporting future—seems determined to revive their friendship no matter how much Emerson tries to push him away and soon they’re in the midst of a passionate summer romance that neither of them wants to end.

But if they’re to have any kind of future, they’re first going to need to confront the past, a past that most people want to stay buried.

I have been a fan of Mila Gray’s Come Back to Me series since it was released. I love the physical and emotional healing that takes place in her books. The first and second books in the series were military based, so I was surprised to find that Run Away With Me was a sports romance. The writing had the same new adult angst feel, but otherwise the story felt different. The wounds of war were gone, and in their place were those of a different kind of tragedy.

In Run Away With Me, Jake has just returned to Bainbridge Island to make things right with Emerson. He couldn’t move past his childhood friendship and crush. He felt like something was missing from his life, and he needed to find out if it was Emerson. Their reunion wasn’t exactly a happy one. Emerson wasn’t exactly on board with it. She had a lot of anger deep inside that needed to be dealt with. There was a lot of healing to be done between the two of them.

Emerson and Jake had a shared history. I enjoyed the way it was unraveled. What happened to separate them in the past was a little bit of a mystery. There were some major revelations given throughout the story, and I liked that it was done through separate flashbacks. Getting to know what happened to both of them that way was really profound. Their experiences were so different and they both felt the fallout from what happened when they were fourteen. I was happy they could eventually get past the heart ache and find happiness with each other again. They both deserved to get their friendship and the possibility of more back.

One of my favorite things about Run Away With Me was the setting. The way Mila Gray described Bainbridge and the surrounding islands was beautiful. I felt like I was right there with the characters. I’ve been to Vashon, but never Bainbridge. This book made me curious to explore it since it’s not too far from backyard.

Overall, I really enjoyed this romance. It was full of deep emotions and strong bond between the characters, but also had a light summer feel to it.

4 thoughts on “Review: Run Away With Me by Mila Gray”