Refuse To Lose by Mignon Mykel is LIVE, exclusively on Amazon and FREE in Kindle Unlimited! 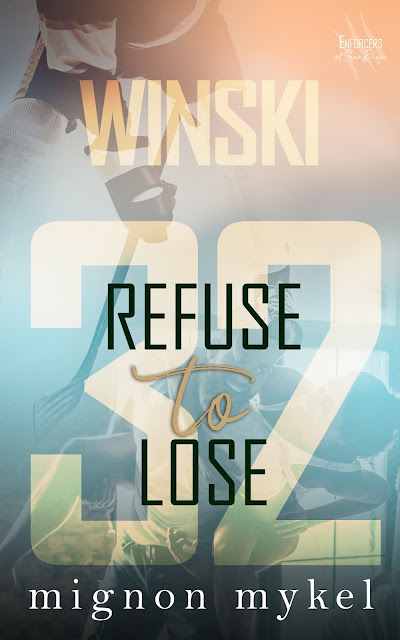 Trevor Winski is known for his easy attitude off-ice. Everyone’s best friend, he’s pseudo-uncle to his teammates’ kids and welcome at every family party. For whatever reason, though, he can’t keep a girlfriend to save his life. The women he’s dated in the past want the rough-on-ice hockey player, both in and out of bed, but he was raised better than that. He’s ready to give up on the idea of a family of his own—until a certain pretty blonde crosses paths with him.

Callie MacTavish is the black sheep of her family. After growing up around money, living in luxurious homes and spending much of her youth going on extravagant vacations, she’s chosen to live among the ‘regular’ population, donating money she doesn’t need and volunteering for missions that need an extra set of hands. A pediatric nurse, she thrives on helping others—but she still has the travel bug. Meeting a man nearly ten years her senior isn’t in her plans.

But he makes her laugh.
He makes her feel like she belongs somewhere.
Trevor makes her want forever and ever, with firm roots in the ground. Too bad she’s already put plans in motion to move again.
For the first time, Trevor is prepared to take his fight off the ice.
After all, he’s always refused to lose.

Rating: ★ ★ ★ ★
Note: I received an ARC from the author in exchange for an unbiased review.

After meeting Trevor Winski in 27: Dropping the Gloves, I couldn’t wait to read his book. I wanted to know more about him and the woman who would steal his heart. He was so fierce and protective of his friends. I could only imagine how that would translate to his significant other. I was happy to see that streak continue in 32: Refuse to Lose.

Trevor wasn’t a typical young sports star. Being the life of the party and hooking up with women wasn’t his thing. He was in his 30’s and ready to settle down. Trevor just needed to find the right woman to do that with. Luckily, he met Callie.

Callie was ten years younger than Trevor, but she was very mature. She knew what she wanted out of life, and wasn’t going to let anyone stop her from achieving her goals and dreams. Meeting Trevor threw a wrench in Callie’s plans. She never thought she would meet “the one” at 22.

I really enjoyed reading 32: Refuse to Lose. My favorite thing about it was the lack of drama in it. Not that it didn’t have drama, it did. It just wasn’t crazy drama. Trevor and Callie’s romance had an honest and real feel to it. I could imagine any of my friends in their places. Their story was so cute and easy to relate to. I especially loved the epilogues. 32: Refuse to Lose is a sports romance I can see readers falling for. 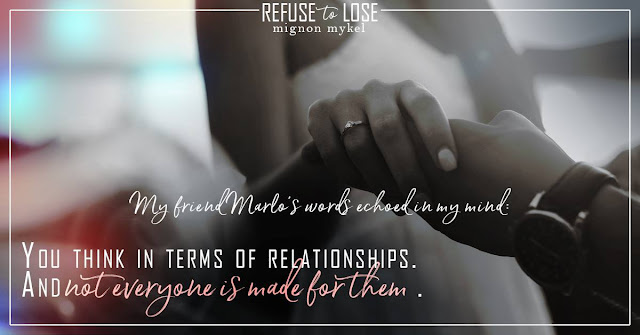 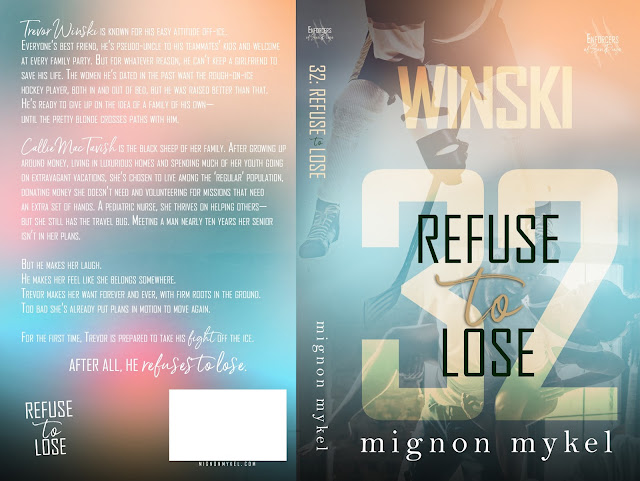