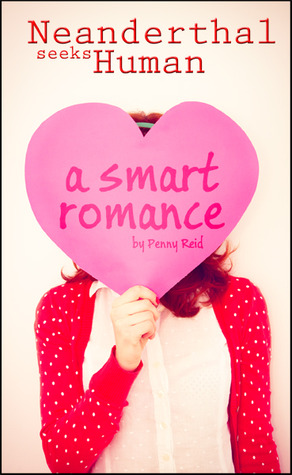 There are three things you need to know about Janie Morris: 1) She is incapable of engaging in a conversation without volunteering TMTI (Too Much Trivial Information), especially when she is unnerved, 2) No one unnerves her more than Quinn Sullivan, and 3) She doesn’t know how to knit.

After losing her boyfriend, apartment, and job in the same day, Janie Morris can’t help wondering what new torment fate has in store. To her utter mortification, Quinn Sullivan- aka Sir McHotpants- witnesses it all then keeps turning up like a pair of shoes you lust after but can’t afford. The last thing she expects is for Quinn- the focus of her slightly, albeit harmless, stalkerish tendencies- to make her an offer she can’t refuse.

A while back, I binge read Penny Reid’s Winston Brothers series. I loved the humor Penny Reid put into her characters and their stories. The characters were so unique, and they had some of the funnest dialog I’ve read. When I was in the mood for another quirky, entertaining romantic read I knew I had to pick up another one of Penny Reid’s books. I already had Neanderthal Seeks Human, so I dove right in.

I’m so happy I did! Neanderthal Seeks Human was such a fun, smart read. Janie Morris was quite lovely. Being in her head was somewhat how I would imagine being in Sheldon Cooper from The Big Bang Theory‘s head would be. Janie was super smart, awkward, and a little unemotional. It took meeting Quinn to completely throw her off her game.

Quinn seemed like a really cool guy. I loved that he loved Janie’s quirks. He saw her for who she was an accepted that not only was she beautiful, but brilliant. The way he handled her was so perfect.

It was so much fun to experience Janie navigate a relationship with Quinn. My favorite thing about this book was Janie trying to figure out where she stood with Quinn. She was just so oblivious! Penny Reid threw them in some fun and crazy situations together and it was magic!

Now, excuse me while I binge read the rest of the Knitting in the City series! 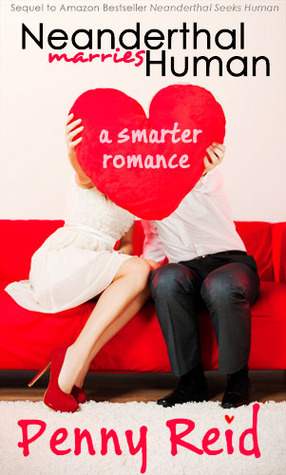 There are three things you should know about Quinn Sullivan: 1) He is madly in love with Janie Morris, 2) He’s not above playing dirty to get what (or who) he wants, and 3) He doesn’t know how to knit.

After just five months of dating Janie, Quinn—former Wendell and unapologetic autocrat—is ready to propose marriage. In fact, he’s more than ready. If it were up to Quinn, he would efficiently propose, marry, and beget Janie with child all in the same day—thereby avoiding the drama and angst that accompanies the four stages of pre-matrimony: engagement, meeting the parents, bachelor/bachelorette party, and overblown, superfluous wedding day traditions. But Janie, much to Quinn’s dismay, tosses a wrench in his efficacious endeavors and challenges him to prove his devotion by going through the matrimonial motions, no matter how minute and mundane.

Will Quinn last until the wedding day? Or will he yield to his tyrant impulses?

Regardless, one thing is for certain, Quinn Sullivan will have to learn to expect the Spanish Inquisition (i.e. the unexpected) if he plans to have and keep Janie Morris as his wife.

This book is not a standalone. It is the sequel to ‘Neanderthal Seeks Human,’ it is book #1.5 in the ‘Knitting in the City’ series, and it is a full length, 100k word novel.

Again, you must read ‘Neanderthal Seeks Human’ first before reading this book.

This book is written in first person, alternating POV (Janie Morris AND Quinn Sullivan; but more Janie than Quinn).

I so adored Neanderthal Marries Human. It was the perfect continuation of the story from Neanderthal Seeks Human. Penny Reid didn’t just give us an epilogue novella for Janie and Quinn. She gave us an entire freaking book! The entire thing was as quirky and lovable as Janie. If you read the first book, you really don’t want to miss out on this one. It’s worth it. You can’t miss out on the bachelorette party! 😉

P.S. If you’ve read the Winston Brothers series but not Knitting in the City, you will want to read at least Janie’s two books. Quinn is Shelley’s brother from Beard in Mind.