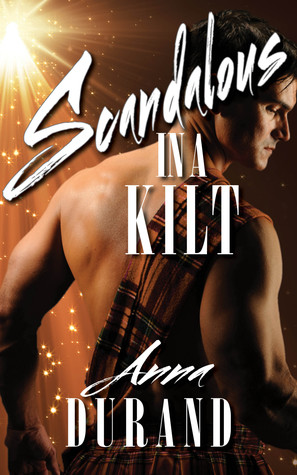 A free-spirited American. An uptight hot Scot. When passion ignites, no rules can survive the heat.

An office drudge by day, a free spirit by night… For Emery Granger, getting laid off from her job as a computer programmer liberated her from imprisonment in an office cubicle. The problem? She has no career and almost no money. Desperate to forget her quandary for one weekend, she takes off on a spontaneous trip to New Orleans — where the unconventional American collides with a sizzling-hot Scot.

Uptight lawyer by day, steamy seducer by night… After surviving three disastrous failed marriages, Rory MacTaggart has no desire to get entangled in another relationship. But with his two brothers now living in wedded bliss, he’s enduring the well-meaning pestering of his entire family. Rory’s solution? Get himself a trophy wife.

A one-night stand leads to a marriage of convenience, and a culture clash when Emery must adjust to a new life in Scotland and her new husband’s need for rules. When Rory’s ordered life explodes, the reluctant husband may just have met his match in the passionate, adventurous wife he swears he will never love.

Scandalous in a Kilt is the third book in the award-winning, bestselling Hot Scots series of contemporary romances. Catch up with the MacTaggarts in the first two books, Dangerous in a Kilt and Wicked in a Kilt.

Scandalous in a Kilt was my favorite in the Hot Scots series. It was one of those books that’s pure fun. The story is fairly light and very entertaining. Emery and Rory have an immediate, intense sexual attraction. That attraction leads to a one night stand. Both are thrown off by a chemistry that is off the charts. They don’t plan on seeing each other again, but are soon in a contract marriage. Of course, the marriage ends up being more than just a contract. I would like to say it’s not all about Emery and Rory’s intimate endeavors, but it pretty much is. There’s not a ton of depth to the characters, but there’s enough to make the story believable.

Overall, Scandalous in a Kilt was scandalous (like it’s title), and an enjoyable read. It’s one to add to your TBR if you like hot Scots, men with accents, and steamy scenes.

4 thoughts on “Review: Scandalous in a Kilt by Ana Durand”