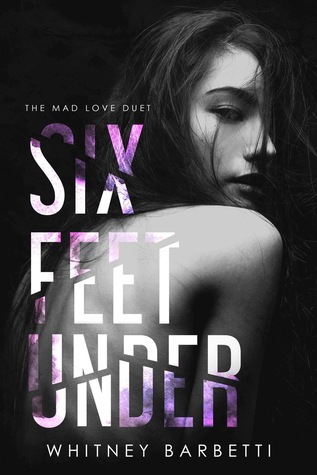 Six wasn’t the hero I needed.

But he was the man I wanted.

And it was my selfish craving, the desire to own him, that would be our undoing.

No one tells you that love is a disease. An infection that tears your heart apart, leaving you half the person you were before. A malady that leaves open wounds. An invisible disorder tracing scars in the places you couldn’t see if you weren’t looking for them.

I was sick, but love didn’t heal me.

Instead, it festered in my marrow, and drove me to unforgivable mistakes.

Six was my first mistake, but he wouldn’t be the last.

This book was long. The story is not a simple one. Mira is a drug addict with mental health issues. She lives by the day, her vices helping to ease her pain. Mira’s unapologetic in her abuse of drugs and use of others. She hides her feelings and refuses to acknowledge them. Her decaying lifestyle hits a bump when she meets Six. Six comes striding into her life like a white knight. He isn’t fearful of who Mira is. Her attitude and lifestyle don’t frighten him away. Six is nothing like Mira. He’s strong where she is weak, and yet, he stays. He’s what Mira needs to survive — if her brand of crazy doesn’t push him away first.

Oh, man. I hated Mira. She made me so angry because all I wanted was for her to love and value herself. I wanted her to get help. I wanted her to survive. There were so many things I wanted for that chick, and she refused to give them to me. She refused to give them to Six, and that made me so damn sad. I wanted Six’s love to be the thing that ultimately saved her. For the majority of the book, I had those feelings. Then, something shifted in Mira. I found myself actually rooting for her.

I want to say I loved Six. Maybe I would have if his point of view was included. (I really wish his POV had been included!) Instead, I found myself wondering what the heck he was up to. I felt like there had to be angle with all the stuff he was doing for Mira. I loved what he gave both emotionally and physically to Mira, but did he truly love her? Why? What was so attractive about her? I honestly didn’t get it. Still, I liked him being around. I liked what he did. I wanted to know more about his secrets. Six seemed like a really great guy.I need to know him better.

Mira and Six’s relationship was the definition of complicated. There’s really nothing better to say about it. It had its ups and devastating downs. Just when I thought I was truly getting to know them as a couple, the story ended. That dreaded cliffhanger appeared, and I didn’t know what to do with thoughts about them.

I had to think long and hard before giving Six Feet Under a rating. I hated how this book made me feel, but the story was so…I don’t know. It left me almost speechless. (Which is totally weird because this review is beginning to feel long.) I finished shortly before bedtime, and I couldn’t fall asleep. I kept thinking about it. The ending and the preview to the next book in the series wouldn’t let my brain quit. The frustrations I had and the anticipation to know what comes next was on a loop in my head. No matter how I felt about the book or the characters, the inability to let go of Six Feet Under proved to me what a powerful book it was. I planned on giving it 3 stars, but I knew it deserved 4.

It sounds like I don’t have anything positive to say, but there a lot of things I liked about this book. I feel like listing the things I liked will give away stuff I think other readers should experience on their own. I guess I’ll give you three things: Norah, Griffin, and George.

Now, I know you’re wondering after this weird review whether you should read Six Feet Under. I want to immediately respond with yes. The problem is that it’s not that simple. Six Feet Under is a dark read. It’s a romance, but it’s also more than that. It deals with untreated mental illness, drug and alcohol abuse, self-harm, and a bunch of other stuff. It’s real, raw, and gritty. It’s long and drawn out. There is nothing pretty about it. This isn’t the book you read for a happily ever after. If you can stomach that, then I recommend you pick up Six Feet Under. It’s an experience you won’t be able to stop thinking about — or at least I haven’t been able to.