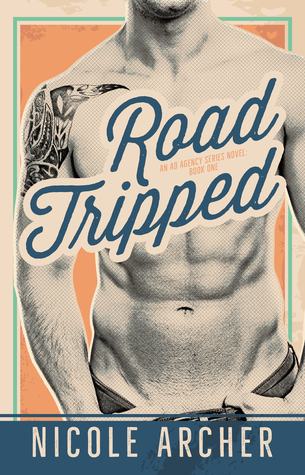 What’s worse than driving a phallic-shaped RV across the country with a coworker you hate? Falling in love with them.

Copywriter Callie Murphy has a bad attitude, a vicious tongue, and a serious aversion to Shimura Advertising’s resident manwhore, Walker Rhodes. Know where he can stick his good looks and Southern charm? She can think of a few creative places. Avoiding him wouldn’t be a problem, except her boss threatens to fire her if she doesn’t go along with him on their RV client’s cross-country tour.

Burnt-out art director, Walker, is sick of his job, tired of women, and in a big old creative rut. The upcoming client road trip is just what he needs to shake things up and rediscover his lost passion. But his plans go south when his partner drops out at the last minute, and Callie, the foul-mouthed tiny terror, takes her place. Unless he can find a way to thaw his icy coworker, he’s looking at two months of pure hell.

Road-Tripped is a stand-alone novel and the first book in the Ad Agency Series.

Callie Murphy is not a fan of her co-worker Walker Rhodes. The guy is a manwhore working his way through all of the gorgeous woman they work with. Callie has no desire to be one of those women, so she stays as far away from his pretty face as she can. That lasts until Callie is forced to go on a cross-country RV trip with Walker to save the company they work for. Walker isn’t exactly happy to be stuck traveling with prickly Callie either. Living and traveling with each other day in and out shows them sides of each other they weren’t expecting. Maybe there’s more to the other than either of them anticipated.

I’m not sure what inspired me to download Road-Tripped or when I even did it, but I’m so happy I did! This was a book that was sitting on my Kindle for who knows how long. I didn’t have any ARCs to read, so after looking through all of the titles I own and I haven’t read yet I decided to pick it up. I was pleasantly surprised by it.

Callie and Walker were adorable! They had amazing chemistry like only enemies to lovers characters can have. They were both holding onto so many negative things. It was nice to see them run through all of their emotions together and apart. Their characters grew so much. I loved how they ended up growing together. Their experiences on their road trip were simply magical.

Overall, Road-Tripped was a great romantic read filled with humor and emotion. It is one of my favorite road trip books yet. I am very excited to read more of Nicole Archer’s books.