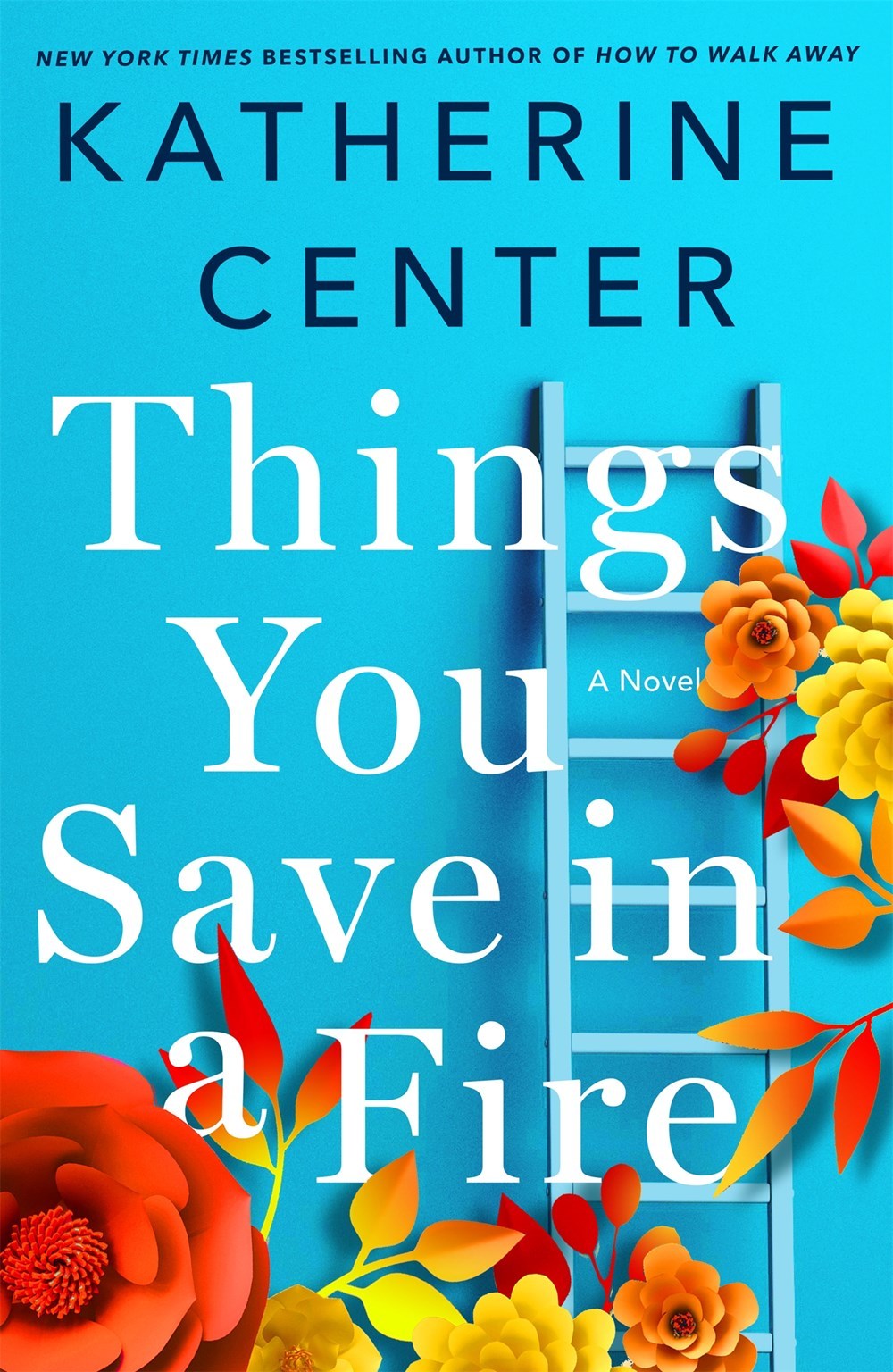 Things You Save in a Fire
Author: Katherine Center
Publication Date: August 13, 2019
Publisher: St. Martin’s Press
Genre: Romance, Fiction, Women’s Fiction
Note: This review is for an ARC and is my unbiased opinion.

From the New York Times bestselling author of How to Walk Away comes a stunning new novel about family, hope, and learning to love against all odds.

Cassie Hanwell was born for emergencies. As one of the only female firefighters in her Texas firehouse, she’s seen her fair share of them, and she’s excellent at dealing with other people’s tragedies. But when her estranged and ailing mother asks her to uproot her life and move to Boston, it’s an emergency of a kind Cassie never anticipated.

The tough, old-school Boston firehouse is as different from Cassie’s old job as it could possibly be. Hazing, a lack of funding, and poor facilities mean that the firemen aren’t exactly thrilled to have a “lady” on the crew, even one as competent and smart as Cassie. Except for the handsome rookie, who doesn’t seem to mind having Cassie around. But she can’t think about that. Because she doesn’t fall in love. And because of the advice her old captain gave her: don’t date firefighters. Cassie can feel her resolve slipping…but will she jeopardize her place in a career where she’s worked so hard to be taken seriously?

Katherine Center’s Things You Save in a Fire is a heartfelt, affecting novel about life, love, and the true meaning of courage.

How to Walk Away was one of my favorite books from 2018. When I heard Katherine Center was releasing another book, I knew I had to read it. Things You Save in a Fire was exactly what I was expecting. The writing was brilliant. the characters were fleshed out and lovable. The story and drama were entertaining and pulled me in. There wasn’t much about this book that I didn’t love.

Cassie was this tough as nail firefighter who didn’t want to stand out in the crowd of firefighters. She tried to blend in as much as could with her fellow male counterparts. While I was impressed with her ability to do so, I was sad that she had to do that in 2019. I know a lot of women do, though, in many jobs. It added a very interesting aspect to this love story. It made Cassie’s feelings for the rookie a tad bit stressful and emotional in a way I couldn’t have seen coming.

I loved everything about Cassie and Owen’s (non-)relationship. The way everything built between them was perfect. I felt their connection. I enjoyed how Cassie tried to avoid it. It was just really cute…and emotional. I won’t go into why it was so emotional because I don’t want to ruin anything, but Cassie had some healing to do where love was concerned. I enjoyed how she worked through her issues with love.

Part of those love issues for Cassie had to do with her mom. I adored her mother in this book. I get why Cassie had to work on forgiveness. Forgiveness was a huge part of this book, and I liked how it was done — with one exception.

One of the biggest villains was forgiven more quickly than I liked. The severity of the hurt they caused felt almost brushed over by the rate of forgiveness. I am glad this person was forgiven, but I wanted more legal retribution. This person didn’t have to deal with their actions in the way I thought they should have. I did like how they atoned and made a huge effort to apologize, though.

Other than that, this story was perfection in my eyes. It was a great inspirational story that has me eagerly anticipating Katherine Center’s next book.

21 thoughts on “Review: Things You Save in a Fire (Katherine Center)”