Emma Hart is one of those authors who can be hit or miss for me — most being hits. I really wanted to read the second book in the Kiss Me series, so I decided to go ahead and binge the entire thing. Here are my short but sweet thoughts on each of these Contemporary Romances. 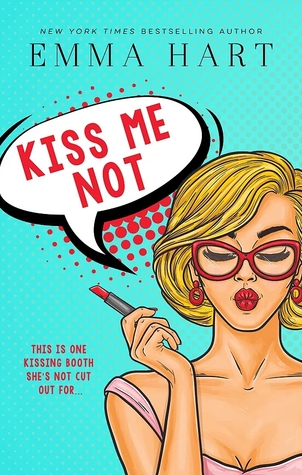 To be honest, Kiss Me Not is not my favorite Emma Hart novel. It was a fun read, but it didn’t feel like it had much of story to it. Halley’s personality was kind of off-putting. She was supposed to be cooky and she her weirdness as something to hide behind, but I didn’t really find her all that cooky besides the racoon thing. I didn’t get the enemies vibe she had going with Preston. She had a crush on him, yet she threw all this nasty banter his way. He gave it right back, but it just didn’t make sense to me. What was adorable was the way Halley and Preston ended up getting together. The end of the book reinforced that fact that I wanted to read Kiss Me Tonight.

Kiss Me Tonight was almost everything I hoped it was going to be. I loved Reagan and Noah together. The way they met over text was hilarious and continued to be hilarious as they texted throughout the story. Reagan was a little over the top, but her personality felt true to her character. Noah was, well Noah. I loved him. The only slight issue I had with this story was the short length of time it took place over. I would have loved to have seen it play out over months, not just weeks.

Kiss Me Again was and wasn’t a lot like Kiss Me Not. Again, both Ava and Ethan have been secretly in love with each other for years. They also treat each other like dirt and argue constantly. Their connection, Ava’s brother Leo, has always known they like each other. That’s where the similarities end. Ava and Ethan go all out war with each other and I loved the hi-jinks. I still didn’t get the animosity, but it was easy to stomach this go around. I enjoyed this one more than the first one. It had me laughing a lot.

Overall thoughts on this series:

Kiss Me ties together by the three best friends who are main characters. They all had over the top personalities that would probably rub a lot of men or even people wrong. Halley and Ava’s enemies (or really you could just call it being mean to your crush) relationships were almost too similar. My favorite of the bunch had to be Reagan’s book with all the hilarious texting. Overall, it was a good series.