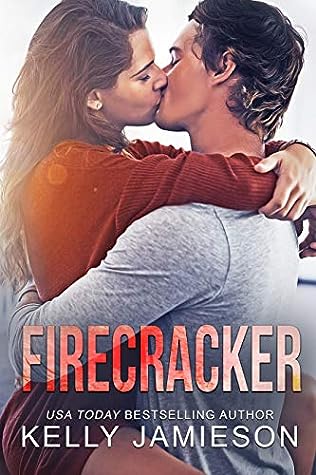 Arden Lennox’s charmed life may be in pieces, but she’d sooner get her hoohaw bleached than move back in with her parents. She’s no longer the prom-queen princess married to the football star. She’s a broke, penniless widow, and it’s time she stood on her own two feet.

An under-construction unit in a quaint Chicago brownstone is cheap (free), but it comes with an unexpected surprise. Tyler Ramirez, her brother’s gawky high school best friend, is now a smoking hot firefighter who spends most of his spare time in her unit hammering, drilling, and screwing. Usually with his shirt off—a temptation she has no intention of indulging.

Tyler can’t believe his high school crush is living right across the hall, or how fast his fierce lust for her comes blazing back. She’s still gorgeous—a little sadder, a little quieter, but still with the amazing smile and sweet body that fueled his awkward teenage fantasies.

Despite her best intentions, Arden can’t resist grown up Tyler but the sparks between them send her into full retreat. And by the time she realizes the heat between them could last a lifetime, it could be too late to tell him…

I’m a big fan of a few of Kelly Jamieson’s hockey romance series, so when I saw she was releasing Firecracker I jumped on the opportunity to read it. I thought I would love it based on her previous writing and the blurb. I love a falling in love with your brother’s best friend romance.

Firecracker is one of those books that I didn’t completely fall in love with but enjoyed for the most part. Arden and Tyler’s romance was super cute, sweet, and packed with scorching chemistry. Where it lacked for me was in Arden’s character. I didn’t like what was going on in her head. It felt a little forced and frustrated me. That could be largely in part to this book being written in third person or maybe I just didn’t truly connect with Arden’s character. I don’t know. Whatever it was left me feeling in like but not love with Firecracker. I would still totally read a book about Jamie and Mila, though, if Jamieson was to write one.