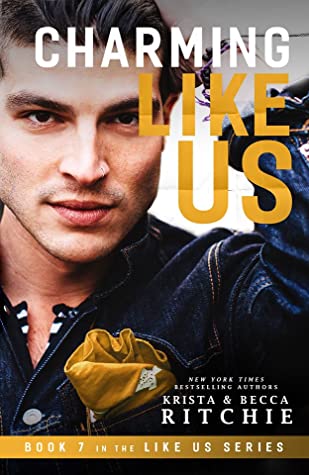 As the hottest bodyguard on Security Force Omega, Oscar Oliveira has no trouble finding a warm body at any odd hour. But he’s ready for more.

And for the first time in this ex-pro boxer’s life, he just got rejected. For a kiss.

Oscar’s friends warned him not to fall for the straight guy, but flirty, sexy-as-hell Jack Highland made that difficult. Now Jack has Oscar’s sweater. His belt. His bandana. And Oscar seriously wants them back.

As for Jack – well, Jack wants a lot of things.

But for the first time in this confident filmmaker’s life, he’s absolutely 100%… confused. Add another ultra-complication in a sea of complicated: Enter Charlie Cobalt.

The enigmatic famous one that Oscar is sworn to protect wants his own show, and he’s asked Jack to film it. A Charlie-centric docuseries will force Oscar & Jack to share the same air again.

Option 1: Ignore each other.
Option 2: Flirt, aw yeah. And act like the rejection never happened.
Option 3: Confront each other about the rejected kiss.

With options on the table and their romantic lives unsettled, both Jack & Oscar are concerned about why Charlie wants his own show. And the longer filming lasts, the more tumultuous their personal & professional worlds become.

Chaos reigns when you’re around the Cobalts, and Jack & Oscar are swept up among the most destructive one.

Finally! Another Like Us book. The wait hasn’t been that long, but it felt like years for some reason. I missed being in the midst of the Hale-Meadows-Cobalt family drama. I was so excited to read this one and here are my thoughts now that I have…

What I wasn’t so sure about:

Overall feelings? It was a fun ride. I am excited to find out what’s next in this world. Bring on book 8!