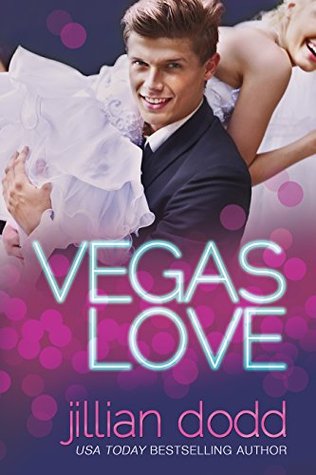 A sexy celebrity stand alone romance by USA Today bestselling author, Jillian Dodd.
Hollywood actress, Ashlyn Roberts, just had the worst week of her life. Her ex released a sex tape of them and just when she was convinced her current boyfriend was a keeper for standing by her side, he breaks up with her at a friend’s wedding. She’s planning to drown her sorrows in booze when she meets a sexy stranger as she’s leaving the wedding and they end up in Vegas, married.

Cash Crawford is offered a dream job working with his brother as a junior talent agent. He’ll put his shiny new law degree to good use and make a bunch of money in the process. His first task is simple: Keep Ashlyn Roberts out of trouble and don’t sleep with her.
Which might be kind of tough, since they definitely consummated their Vegas wedding.

Will this one night stand end in the quickie divorce they promised each other? Or will they realize they got lucky in love.

Vegas Love is a book that sat on my Kindle for years after I downloaded for free. I’m not sure why I never picked it up, but when I started the New-to-Me Author Summer Bingo challenge it fit perfectly for one of my bingo squares. I’m glad it did because I enjoyed it so much!

What did I love about it? Ashlyn and Cash were hilarious together. Their whole night in Vegas had me cracking up. They were perfect for each other from the moment they met. I also loved how sweet Cash was and how he took care of Ashlyn so many times. Cash’s family was so much fun, too. They added to all the sweetness of the story.

What didn’t I love? At times, I had a hard time equating Ashlyn to who Cade said she was. Some of her habits didn’t line up with what I thought based on her mother’s problems, but I guess everyone deals with things differently.

Overall, this was an entertaining romance that had me swooning and hurrying to download the next book from Kindle Unlimited. 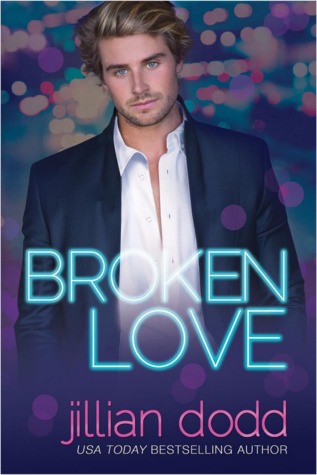 Can you get a second chance at first love?

After years of crushing and many failed seduction attempts, Palmer Montlake had finally scored the sexy Cade Crawford. Both a little drunk when they got back to her place, they were frantic with need, their desire intense. But as the night progressed, the hot-mess hookup morphed to sweet lovemaking. The kind neither had ever experienced.

But they were destined for heartbreak. She was his best friend’s little sister. He was her talent agent. And they were dating in secret. When they got into a wicked fight and broke up, all hell broke loose. The kind neither have recovered from.

Six years later, they still hate each other. But the universe seems to keep throwing them together. When they catch the bouquet and garter at a mutual friend’s wedding, sparks fly between them — their chemistry undeniable.

Will they get a second chance? Or will they be left with a broken love?

The Love Series is a series of standalone novels featuring a different sexy Crawford sibling. They can be read by themselves. However, if you do wish to read them all, they are best enjoyed in order.

This second book was cute. I’m not normally one for flashbacks, but the ones in here helped give the story of the first time Palmer and Cade were together so I didn’t really mind them. It actually helped solidify their current relationship, which would have felt very insta-lovey without them. I loved both the characters and couldn’t wait from them to get everything worked out. Palmer and Cade’s second chance at romance was fun and sweet read.

Overall, Love was a fun series. I will be reading more of Jillian Dodd’s books in the future. I do have one question, though. Does anyone know if Fake Love (Love, #3) will ever be released? I saw it on Goodreads, but couldn’t find any information about it. I would love to read it!