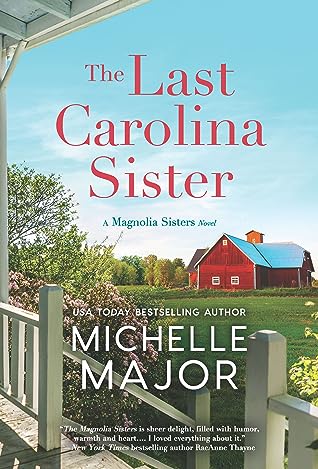 In Magnolia, North Carolina, love might be waiting right next door…

Meredith Ventner knows a wounded creature when she sees one. Though her temporary new neighbor may be—on the surface at least—a successful, drop-dead gorgeous doctor, she recognizes the deep hurt Ryan Sorensen is carrying, and it’s catnip to her soul. But even though Meredith is the youngest, scrappiest and single-est of Magnolia’s most famous sisters, she’s committed to expanding the animal shelter on her newly inherited farm. She can’t waste her energy on a man who’s only passing through town.

Ryan is hoping that after a month of small-town living he’ll be healed enough to return to his busy ER. His injured leg isn’t half as painful as his guilt from the tragedy he’s trying to forget. Yet somehow, helping feisty, tenderhearted Meredith care for her menagerie is making him question his career-first priorities. Here in this quirky small town another future is coming into view, but can he change his life, and open his heart, to claim it?

It’s been a while since I read a book by Michelle Major. The Last Carolina Sister was a nice reintroduction to her writing. Despite being the third book in the series, it was easy to jump right in. There was just enough background information given about Meredith and her sisters for their relationships and the story to make sense. It was also given in a way that didn’t feel like information dumping or cause a break in the story. My only complaint about the writing would be the switch between Meredith and Ryan’s POVs. It was a small change in font rather than a new chapter or heading with their names to discern when things changed between the two. That made it feel more abrupt when it changed and took me a while to get used to.

As for the story and characters, I liked them both. Meredith was dealing with who she was after finding out her father was not her biological sister, that she had sisters, and that she was the only one of them still single. She also was trying to expand her animal shelter. Ryan was dealing with a tragic shooting that left him injured, mourning a friend, and on a “vacation” from his job as an ER doctor. The more time Meredith and Ryan spent together, the more I loved them together. Meredith was a little insecure, but also determined. Ryan was grumpy and trying to wallow in his pain. I enjoyed how Meredith’s animal rescue brought them together. Helping out at the rescue and falling for Meredith became part of what helped Ryan heal, and in turn he helped Meredith heal. I loved the emotional journey they took together and love they built. The whole animal aspect just added such a special connection.